Why Financial Institutions Need to Take LinkedIn Seriously in 2021 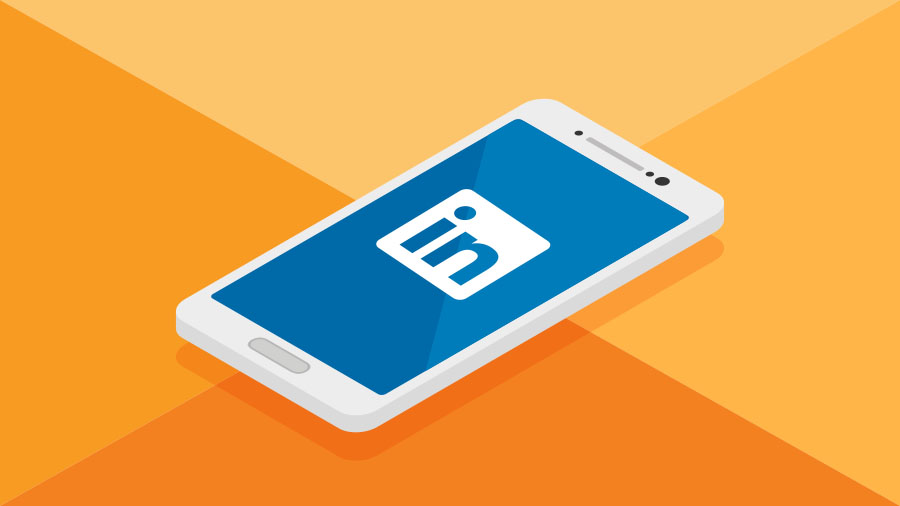 In the midst of the coronavirus pandemic, when business travel remains a rarity and even the local sales call continues to be iffy with many people working from home or not wanting visitors, LinkedIn has grown into a serious destination for business.

And while reputations can’t be kept spotless on social media, LinkedIn has avoided the often toxic attention paid to other leading platforms in congressional hearings and in the media. Though it has seen politics seep onto its pages, LinkedIn still remains in the minds of many a more business and career-oriented channel.

Yet many financial institutions don’t tap this platform for the potential benefit it can bring the bottom line.

From the Corner Office to the Water Cooler

Many believe LinkedIn is a good place for a financial brand to be because serious users have self-selected to be there, even though it is not the leading platform. A Hootsuite white paper makes the point that part of what builds traffic on LinkedIn is career-oriented “FOMO” — fear of missing out — on what competition has seen.

“Financial services is an unusual business in that the customer journey is by no means linear, so you have to stay top of mind to keep relationships warm.”
— Doug Wilber, Denim Social

In general, LinkedIn can help with marketing by casting out multiple kinds of hooks simultaneously. “Financial services is an unusual business in that the customer journey is by no means linear, so you have to stay top of mind to keep relationships warm,” explains Doug Wilber, CEO at Denim Social, a provider of social media systems.

GlobalWebIndex.com ranks the top ten social media sites by membership as a percentage of world internet users (excluding China) and the percentage of active users:

In the third quarter of 2020, LinkedIn reported record engagement levels as its 722 million professional users accessed the platform.

A key point that sets LinkedIn apart from other platforms is the variety of forms of organic (versus paid) communication users can tap. Like other platforms, members can share content from websites and elsewhere. But they can also post video and audio files to share with fellow users. In addition, LinkedIn permits posting of long-form articles and blogs that reside right on the platform and that can be shared on other platforms such as Twitter..

Meanwhile, in a bid to tap into some of the same “fun” of Instagram’s Stories, in September LinkedIn got a touch more personal with LinkedIn Stories. These are very short videos intended to share something learned that day, to talk briefly about something new on the job, or even to solicit feedback on a concept. They can be adorned with titles and stickers to add more personality. Users must upload the messages through the LinkedIn app, rather than its desktop version.

Meanwhile, usage of the many paid means of tapping LinkedIn returned to pre-COVID-19 levels in the third quarter of 2020, up 40% year over year. The platform offers multiple forms of advertising as well as InMail, its built-in email function, that claims a higher open rate than traditional sales-oriented emails.

Does your bank or credit union — or its staff — belong on LinkedIn today either organically or through paid means? The Financial Brand spoke with three experts in social media for their recommendations.

Why Financial Institution Officers Should Get Onto LinkedIn

Chris Nichols, Chief Strategy Officer at CenterState Bank, has been a believer in LinkedIn for years. Initially this was for pushing out his blog for the bank and later, in 2019, he began managing training in LinkedIn techniques for the bank’s commercial relationship managers. Currently, given the inability to call personally on prospects and clients and the lack of conferences and other venues to attend, Nichols says some of the relationship managers are generating most of their leads through LinkedIn networking.

“If you are in B2B sales you have to be on LinkedIn. It’s raised the profile of our business bankers.”
— Chris Nichols, CenterState Bank

“Some relationship managers do this every day and it pays off,” says Nichols. It’s a matter of being where business people are, he explains. More and more of the bank’s commercial customers have some presence on LinkedIn.

“If you are in B2B sales you have to be there,” Nichols believes. “It’s raised the profile of our business bankers.”

“LinkedIn is becoming more of a place for trusted advice,” says Meredith Olmstead, CEO and Founder at FI GROW Solutions, which advises credit unions and banks on social media marketing. “Many people default to LinkedIn when they are looking for help because it is still seen as professional and serious.”

She sees the platform as especially important for commercial lenders and mortgage lenders, people who are sought out for expertise. For this reason ensuring that those officers take the time to keep their profiles complete and current is critical, she says. Anything that builds credibility — relevant training, attendance at a key local event (someday) — should make it into the person’s profile or postings. If an officer is stuck for what to include, they should check out the profiles of business people they admire and use what they find as guidance.

“Ultimately people bank with people,” says Doug Wilber. He says LinkedIn can put a human face on an institution, especially during the pandemic, and help establish trust.

Wilber says content that relates to an officer’s job specialty resonates well. A mortgage lender, for example, can post content on subjects such a “Three Things You Need to Know Before You Refinance.”

Olmstead adds that some banks and credit unions shy away from LinkedIn because they believe that it puts their employees into play in the job market. It is true that there are private settings that make a person’s listing visible to headhunters, but Olmstead thinks the concern is misplaced and costs these institutions the potential benefits of LinkedIn.

“If you’ve got happy employees,” she insists, “you won’t lose them. They need to be out there to help expand your institution’s market.”

Do You Think You ‘Oughta Be In Pictures’? (Think Twice)

With the increased use of video on LinkedIn and social media in general, it can be tempting to try it out.

Wilber notes that many bankers aren’t all that comfortable on camera, however, some officers do have a good video presence. Then the institution has to decide what it is trying to accomplish with video. “Ultimately the consumer has to learn something of value,” he says. Straight promotion is a definite “no.”

“I wouldn’t go jumping right in with video,” if the institution is just getting into LinkedIn in 2021, says Olmstead. She says there are basics to master first. Still, it is important to pay attention to video with Tik Tok taking the youth market — future customers — by storm.

“Every single kid I know is obsessed with Tik Tok,” says Olmstead.

How Much LinkedIn Freedom Should Individual Employees Have?

In recent years the concept of employees as “brand ambassadors” has grown popular. However, some financial institutions prefer to tightly rein what employees do and say on social media.

Wilber thinks it’s a mistake to place too much reliance on employees’ own creativity in crafting content and messages that will be published or promoted on LinkedIn.

“Remember,” he says, “they aren’t marketers.”

Wilber thinks a centralized role for Marketing is crucial for banks and credit unions using LinkedIn. Marketers will curate and create content that will keep what’s posted in employees’ names on brand and aligned with the organization’s other marketing methods.

Others favor more freedom. For example, at CenterState, “we decided that everyone is an adult here and that they know what they should and shouldn’t be doing on social media,” says Nichols.

The bank’s marketing department makes a steady stream of content available for officers’ use and they are encouraged to put out content that they find as well, to tailor their efforts to specific connections and markets. The bank’s LinkedIn training includes quality control measures in the form of things like how to take good photos to go with posts and how to tag them to improve their search engine optimization value. They are encouraged to customize messages so they make stronger connections.

However tightly or loosely a financial institution controls postings by employees, regularity is important. Wilber says his firm endorses what he calls the “411” formula — four thought-leadership posts, one product-related post and one post emphasizing the human side of the officer or the institution. The idea is to be out there enough to be seen but also to mix up the approaches.

LinkedIn likes variety, the Hootsuite white paper notes, but LinkedIn’s algorithm, like Google’s, favors certain types of content over others, and is continually changing.

Being organized proves important, too. Olmstead recommends setting goals for growth in connections, for example, and tracking progress on an Excel sheet, not just casually going about the process.

Making Use of LinkedIn’s Paid Opportunities

Nichols speaks highly of the LinkedIn platform’s ability to help marketers tightly focus on the most qualified members for targeted messaging.

“It’s really enabled us to micro target just the right kinds of recipients,” he explains. Tools like LinkedIn’s Sales Navigator help sift out the best leads.

Nichols says targeting people on the platform that have recently had a promotion or a job change can be particularly fruitful. CenterState looks for new CFOs and new controllers, for example, in order to make connections for commercial loans and business services.

A good idea hiding in plain sight: “Most banks haven’t picked up on that idea,” he says, but a personnel turnover is a great time to pitch a company on trying a new commercial bank.

LinkedIn doesn’t give the targeting away. “The more you target the more expensive it gets,” says Nichols and how much the bank is willing to spend on a qualified lead depends somewhat on the likely outcome of the contact. For outreach that could turn into new business accounts, for example, the bank is will to pay anywhere between $60 and $150 per lead, according to Nichols. Where the point of the contact is more upper funnel — to get someone to download a white paper or register for a webinar, for example — the ceiling is much lower, at $20-$40 per lead.

Targeting is a detailed matter on LinkedIn. The company’s own free guide runs nearly 40 pages with numerous ways of narrowing contact lists — but also for expanding them in fresh directions.

Nichols also has a last bit of advice on the timing of both paid outreach and organic posts. While LinkedIn neophytes may think that it is a Monday-Friday opportunity, that’s not the case. Nichols finds that weekends can be a pretty good time to reach people because that’s when they are often catching up on emails, business reading and other “office” matters.

This article was originally published on The Financial Brand and written by Steve Cocheo, Executive Editor.